Bishop Daly asked Catholics who are still at home to reflect on the Gospel Reading for this Sunday and make a spiritual communion. The Gospel reading and prayer are below. Links to live-stream Masses are at the bottom of the email.
The Obligation to attend Mass on Sundays returns today; however, if you have heath concerns you may be exempted. Please see the diocesan website or consult your pastor if you have questions. 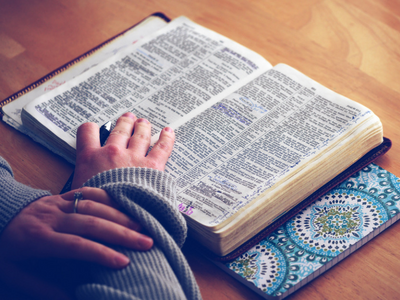 Mark 14:12-16, 22-26
On the first day of the Feast of Unleavened Bread,
when they sacrificed the Passover lamb,
Jesus’ disciples said to him,
"Where do you want us to go
and prepare for you to eat the Passover?"
He sent two of his disciples and said to them,
"Go into the city and a man will meet you,
carrying a jar of water.
Follow him.
Wherever he enters, say to the master of the house,
'The Teacher says, "Where is my guest room
where I may eat the Passover with my disciples?"'
Then he will show you a large upper room furnished and ready.
Make the preparations for us there."
The disciples then went off, entered the city,
and found it just as he had told them;
and they prepared the Passover.
While they were eating,
he took bread, said the blessing,
broke it, gave it to them, and said,
"Take it; this is my body."
Then he took a cup, gave thanks, and gave it to them,
and they all drank from it.
He said to them,
"This is my blood of the covenant,
which will be shed for many.
Amen, I say to you,
I shall not drink again the fruit of the vine
until the day when I drink it new in the kingdom of God."
Then, after singing a hymn,
they went out to the Mount of Olives.

Sent by Office of Communications on Sunday, June 6 at 5:00PM